The Hipsters went first and performed The Living Years by Mike & The Mechanics. The Warblers performed Hey, Soul Sister by Train, and the New Directions performed last, first singing (I've Had) The Time of My Life from Dirty Dancing and then Valerie by The Zutons (Amy Winehouse and Mark Ronson version), Santana receiving her first proper solo in the group.

All three choirs are present on stage when the winner is announced. New Directions and the Warblers tie for first place which means they are both competing at Regionals, while the Hipsters received third place. 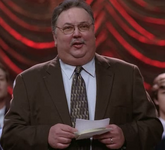 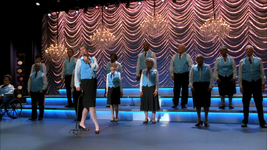 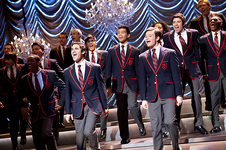 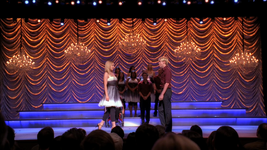 (I've Had) The Time of My Life Retrieved from "https://glee.fandom.com/wiki/2010_Western_Ohio_Sectional_Championship?oldid=3960820"
Community content is available under CC-BY-SA unless otherwise noted.