2011 Western Ohio Sectional Championship
The 2011 National Show Choir Championship was a competition in which show choirs all across America competed to become the National Champion. The Show choirs had to win their Sectionals and Regionals first to qualify. The New Directions, Singaz Wit Attitude, and Vocal Adrenaline and 47 unknown glee clubs compete during New York, the twenty-second and final episode of Season Two.

As far as seen, an unnamed All-Girls Show Choir (rumoured to be Singaz Wit Attitude) performed Yeah! by Usher featuring Lil' Jon and Ludacris, Vocal Adrenaline performed an original song called As Long as You're There and the New Directions performed their original songs called Pretending and Light Up the World.

After all the performances have finished only ten teams moved on to the Showcase, where they competed for the National Championship although when New Directions won the 2012 Show Choir National Championships, they didn't go on to showcase and it wasn't listed from 1st to 10th place and instead the winners were announced on stage just like Sectionals and Regionals. 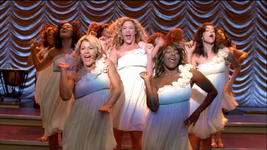 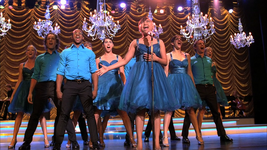 As Long as You're There 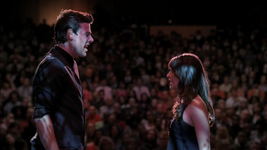 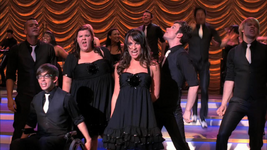 Light up the World

Note: The black line separates the show choirs who made it to Showcase and those who didn't.

Retrieved from "https://glee.fandom.com/wiki/2011_National_Show_Choir_Championship?oldid=3893545"
Community content is available under CC-BY-SA unless otherwise noted.