Big Brother is the 15th episode of season 3. It will air April 10th 2012. The episode will be written by Michael Hitchcock and will be directed by Eric Stoltz. Source 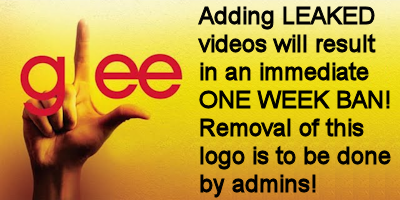 Glee Wiki - Tumblr Issues - It is now posted as a rule, Tumblr is being prohibited as a source, see link for information. Members who want to fight with us on this will find their changes to pages removed until a VALID source is found. If it's going to be a big fight, then upcoming episodes, songs and characters will be admin edit only. Nobody reads the rules, so after 3 months, this is the step we're having to take.

Retrieved from "https://glee.fandom.com/wiki/Big_Brother?oldid=1514311"
Community content is available under CC-BY-SA unless otherwise noted.