Haverbrook School for the Deaf

Haverbrook School for the Deaf

Haverbrook School for the Deaf is a fictional school on Glee. The school is located in Western Ohio, and their glee club competed in the 2009 Western Ohio Sectional Championship against New Directions and Jane Addams Academy.

Ken Tanaka reveals that the football team has lost to the team from Haverbrook. He seems embarrassed.

Haverbrook is revealed as one of New Directions' opponents for Sectionals. However, it is still referred to only as "School for the Deaf, in Dayton."

After Will Schuester invites Jane Addams Academy to perform in the McKinley auditorium, Haverbrook's show choir director Dalton Rumba comes to McKinley to protest the lack of a similar invitation for his club. Will agrees to invite the Haverbrook show choir for a scrimmage at McKinley. After New Directions performs Hair/Crazy in Love, Haverbrook sings Imagine with the New Directions, enhancing it with sign language when they perform. Their effective, yet non-gimmicky performance inspires Will to abandon the use of hairography in New Directions' choreography. He gives Sue Sylvester a revised set list, which Sue promptly leaks to Dalton Rumba and Jane Addams choir director Grace Hitchens.

New Directions learns that their set list has been leaked when Haverbrook sings Don't Stop Believin' during the competition. In the judging room, Sectionals judge, Candace Dystra bluntly criticizes Haverbrook's singing, though others in the audience (including fellow judge Rod Remington) were apparently quite moved. Based on the deliberation shown in the judge's room, it is thought that they came in third, but this was not made clear on the show.

During a meeting run by Mr. Schuester, Mr. Rumba mentions that their school lost its funding and the show choir is disbanded, leaving him sad and emotional.

Blaine and New Directions ask them for help for Blaine's surprise proposal. At first, they are confused, one of the members stating in sign language: "It's those McKinley nerds." However, they all agree to help are later seen participating in All You Need Is Love during Blaine's proposal to Kurt.

Dalton mentions that his glee club has been disbanded because of budget cuts. After that, Dalton went on becoming a part-time cop and part-time mixed martial arts instructor. 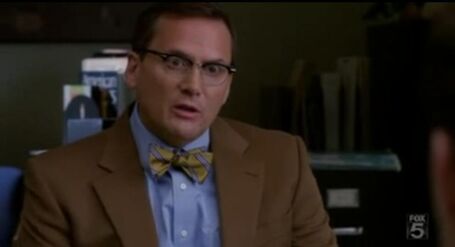 Retrieved from "https://glee.fandom.com/wiki/Haverbrook_School_for_the_Deaf?oldid=3879886"
Community content is available under CC-BY-SA unless otherwise noted.