Mays was born in Bristol, Tennessee to Paulette and James Mays.[1] She has two older siblings.[1] She graduated from Grundy Senior High School in 1997, earned an associate degree at Southwest Virginia Community College in 1998, and attended Virginia Tech in Blacksburg for one year.[1] Mays graduated from Radford University in December 2000, and left for California.[1]

Mays was in The Smurfs in 2011 and its the sequel, The Smurfs 2 in 2013, she co-stared with former Glee co-star, Neil Patrick Harris.

She has a role on Glee since 2009, however Mays announced that the fifth season would be her last.[4] However, Mays was seen filming an episode of Season Six of Glee in November 2014. Mays revealed in "Metro" that her character departure wasn't her choice in October 2013.[5]

Mays was announced to be casted on The Millers in June 2013, and it premiered on September 27.[6] The Millers was cancelled in November 2014 after two seasons and twenty-eight episodes.[7]

Mays voices Dulcinea in the Netflix animated original The Adventures of Puss in Boots, it began to air in January 2015. She was casted in the Netflix original eight-episode series Wet Hot American Summer: First Day of Camp that will air in July 2015. Molly Shannon, Glee guest star, will also star in it. 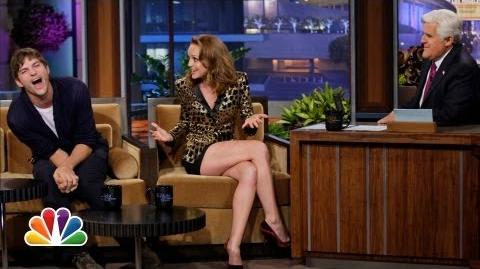 Jayma Mays' Ear Bug? - The Tonight Show with Jay Leno
Jayma on Jay Leno
Add a photo to this gallery

Retrieved from "https://glee.fandom.com/wiki/Jayma_Mays?oldid=3976452"
Community content is available under CC-BY-SA unless otherwise noted.