1989-Present
Jenna Noelle Ushkowitz Stanley, born Min Ji on April 28, 1986, is an actress, singer, producer and podcast host. Ushkowitz is known for her roles in Broadway musicals and for being on Glee as Tina Cohen-Chang. She has won two Tony Award's for her work as a producer on Once on This Island and The Inheritance.

Jenna was born Ming Li in Seoul, South Korea. Three months later she was adopted and raised in East Meadow, New York. Her adopted family is of Polish descent, thus her last name, 'Ushkowitz.' Jenna was raised Catholic and attended Holy Trinity Diocesan High School, a Catholic school. She herself was on Glee, and has been compared to a "real Rachel Berry".

She graduated in 2004, and moved on to attend Marymount Manhattan College, where she once again took the role of Little Red Riding Hood in Into the Woods. She graduated from Marymount Manhattan in 2007 with a B.A. in Theatre Arts, with a concentration in Performance and a minor in Musical Theater. She's an intense LGBT rights supporter, shooting a photoshoot with co-star Kevin McHale, with whom she is close friends with (and previous roommate), to support the NoH8 campaign. Some time ago, she was romantically linked by the press to McHale, but both of them denied it; however later on, Ushkowitz revealed that she did have a crush on McHale.

She has left-oriented political views, and was an avid supporter of Barack Obama's 2012 campaign.

She was dating The Vampire Diaries star Michael Trevino; she confirmed that "they weren't together anymore" at The Normal Heart premier in May 2014.

Ushkowitz has been working in acting since she was quite young. She started her career when she was just 3 years old, modelling for printing ads.[1] Since 1988, she has appeared in TV programs such as Sesame Street, Reading Rainbow and As the World Turns. It wasn't until 1996, however, when she entered in Broadway, with the revival of The King and I. She has also appeared in the films "Educated" and "Babyface." Some years later, she joined the cast of Spring Awakening as an understudy for Ilse, Martha, Thea and Anna (in fact, all of the female child characters aside for Lea Michele's character in the show, Wendla).

Her first big role arrived with Glee, for which she first auditioned in New York. She won the role of Tina Cohen-Chang. Joining the cast has opened the doors to appear on plenty of TV Shows, such as The Tyra Banks Show, The 7PM Project, Australian Idol, The Bonnie Hunt Show, The 2009 Teen Choice Awards, The People's Choice Awards, The X-Factor, MasterChef and Entertainment Tonight. In 2011, she appeared at the eight episode of the first season The Glee Project, Believility. Recently, she starred at the 32th episode of When I Was 17 along with Deena Nicole Cortese and Patrick Stump.

She has also sung the National Anthem plenty of times for different sports matches, the first time when she was just thirteen. Along with co-star Kevin McHale, she sung Let It Be as a duet and Make You Feel My Love as part of the festivities for the 235th anniversary of American Independence at the American Ambassador's Residence in Paris. Ushkowitz has also appeared at different number of commercials, like Pizza Hut and most importantly a Dance Battle to promote the Dance Central 3 video game, with co-star Vanessa Lengies, and music videos, like Lady Gaga's Marry the Night, where she appeared as Gaga's best friend, Bo.

Asides from her acting and singing work in theater, cinema and TV, Ushkowitz has also launched a clothing line, teaming up with Wall Flower jeans and designing a back-to-school denim line. On July 2, 2012, it was announced that Jenna would write a memoir entitled Choosing Glee. Source Her book was published on May 14, 2013, and not only makes an autobiography of Ushkowitz, but it also focuses on her "motivational approach towards life" and gives tips and rules to find inspiration.

Ushkowitz co-hosts PodcastOne's "Showmance: Recap Edition", an in-depth review of Glee, with friend and former co-star Kevin McHale. It debuted in March 2019 and was subsequently released weekly (Thrusday's) with the occasional guest star. "Showmance" has been on hiatus since August 2020, after the death of friend and former colleague Naya Rivera.

Ushkowitz began building her production credits in 2015, when she was the executive producer of documentary Twinsters. The documentary about the touching reunion of separated adopted South Korean twin sisters Samantha & Anaïs resonated with Jenna as a close friend of Samantha Futerman and a South Korean adoptee herself. [2]

Jenna Ushkowitz and Ashlee Latimer founded production company, UshkowitzLatimer Productions. Their first project was a revivial of Once on This Island. Their production ran from Dec 03, 2017 to Jan 06, 2019. Jenna became a Tony Award winning producer in 2018, when 'Once On This Island' won for Best Revival of a Musical. UshkowitzLatimer Productions began producing sci-fi musical, Be More Chill in March of 2019. [4] [5] 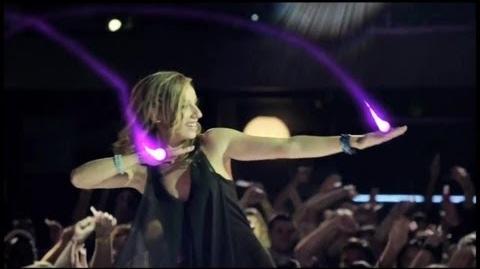 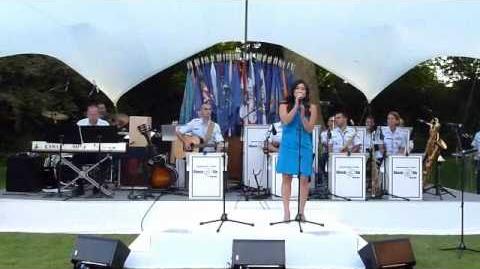 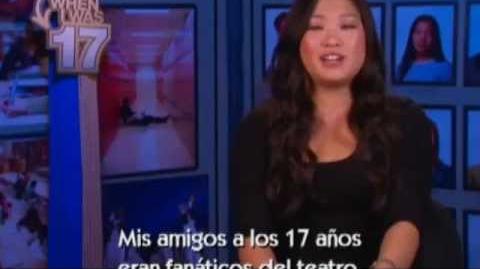 Jenna Ushkowitz - When I Was 17