Max James Adler, born January 17, 1986, is an American actor. He portrayed David Karofsky on Glee between 2009 - 2015 and he has recently become the latest to join The Trevor Project: It Gets Better.

Adler was born in Queens, New York to Lisa Kobrin and Doug Adler.[1] He has one brother, Jake.[1] Adler joined the MDA Muscle Team in honor of his late mother and grandmother, both of whom had facioscapulohumeral muscular dystrophy (FSHD).[1]

Adler attended Horizon High School, where he was a First Chair All-State show choir member[2] and after graduating he moved to Los Angeles to pursue a career in acting.[3]

He married longtime-girlfriend Jennifer Bronstein on December 19, 2015. The couple's first child, Dylan, was born on March 27, 2020.

Adler appears in the Fox television series Glee as school bully Dave Karofsky. In the November 2010 episode Never Been Kissed, written to tackle the issue of LGBT youth bullying, Karofsky is revealed to be a closeted gay teenager. Adler had previously questioned his character's motivations, but was surprised by the scene in which Karofsky kisses the object of his bullying, openly gay student Kurt Hummel (Chris Colfer).

He received a positive response via the social networking websites Twitter and Facebook, and commented that he was "Glad to represent such a large group of people," expanding: "I've gotten so many messages from people all around the world these last couple of days thanking me because either they are Karofsky, they were Karofsky or they know a Karofsky."

Following Never Been Kissed, Adler was contacted by the It Gets Better Project, which aims to prevent suicide among LGBT youth. On November 15, 2010, he recorded a video for the project, offering insight on the mentality of bullies and telling viewers, "Being who you are is what's awesome. It's what makes you special, interesting, fun to talk to, and desirable."  On November 15, Adler spoke at the Anti-Defamation League Concert Against Hate at the Kennedy Center in Washington, D.C.

He returned to Glee as a guest in the 2014 episode, "Opening Night", and in 2015 as a recurring guest for the sixth and finale season.[4] 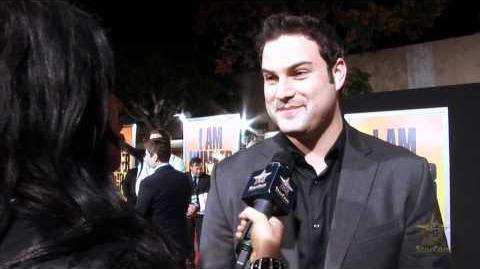 Interview I Am Number Four Premier 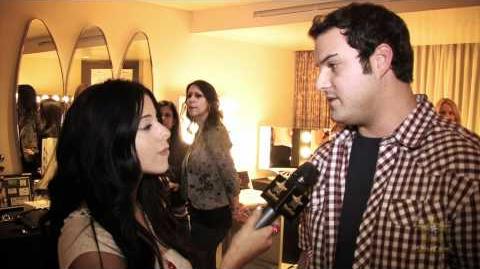 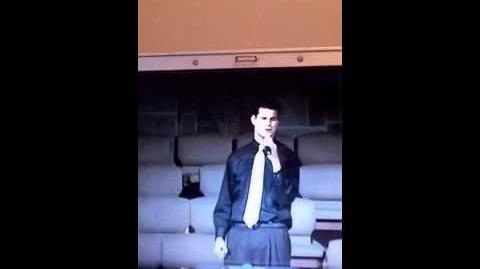 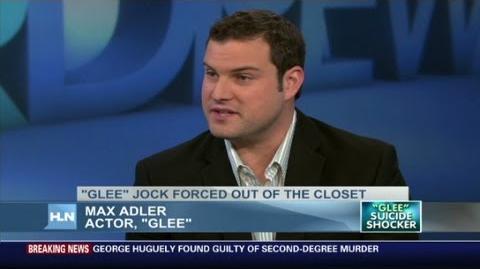 Retrieved from "https://glee.fandom.com/wiki/Max_Adler?oldid=3973026"
Community content is available under CC-BY-SA unless otherwise noted.