The McKinley Titans Football Team is the varsity football team at William McKinley High School. Even though they share many members, the football players often harass and bully New Directions members. They were originally coached by Ken Tanaka, though after a huge streak of losses and his mental breakdown, he resigned and was replaced by Sheldon Beiste, whose coaching helped the Titans eventually start winning games. In season 2 the team won the conference championship and season 3 it won the state championship. Around season 5 it won another championship.

Preggers They manage to win a game thanks to Kurt, their new kicker who teaches them the dance of Single Ladies. Mash-Up Ken, angry at Will Schuester, adds an extra, mandatory practice at the same time as the New Directions practice, forcing Finn, Puck, Mike, Kurt, and Matt to choose between Glee and football, a difficult decision for the guys. Eventually, Finn convinces the coach to cancel the practice. Hell-O Football season has since ended and the basketball season starts.

Audition Shannon Beiste is appointed as the new coach of the failing football team, resulting in reductions to the glee and cheerleading budgets in favor of the team. At practice she says that everybody is cut and that tryouts will be redone. Artie asks Finn to help him join the football team. Shannon believes that Finn is colluding against her by forcing her to reject a disabled student, and drops Finn from the team, appointing newcomer, Sam Evans, as the new quarterback. Matt, having transferred, is no longer on the team. Britney/Brittany Shannon shows compassion towards Artie and Finn by letting them both join the football team. Grilled Cheesus After praying to a sandwich, Finn become the quarterback again because Sam Evans got injured. The Sue Sylvester Shuffle The whole football team has to join the Glee Club for one week. All the boys perform She's Not There, and right after it they get slushied by the hockey team. All of them quit Glee Club, except for Finn, Puck, Artie, Mike, and Sam. Lauren, Tina, Rachel, and Mercedes join the football team. In the game, they start losing, but Puck convinces the other boys to join the football team again. They all agree, except for Karofsky. All of them plus Santana, Brittany, and Quinn perform Thriller/Heads Will Roll and they win the championship afterwards. Silly Love Songs The football team and the Glee club seem to have reached a mutual understanding, since no one in the Glee club has been slushied since the events of the prior episode.

The Purple Piano Project Shane joins the football team. I Am Unicorn Shannon talks the football team into playing the Jets in the upcoming production of West Side Story, which she, along with Emma and Artie, is directing. Asian F The team helps Mike in his audition of Cool for the school musical. Later, they are seen in the audience of the "Maria-Off." The First Time Shane is recruited for a college scholarship, for football.

Loser Like Me The team is comprised of players from all over Ohio.

Ken: Former Coach. Hired prior to Pilot. Has a nervous breakdown prior to Audition.

Matt: Former nº11. Joins prior to Pilot. Kicked out and reinstated in Mash-Up. Transfers schools after Journey. 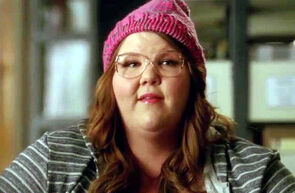 David: Former nº67/77, Right Guard. Joins in Audition. Kicked out and reinstated in The Sue Sylvester Shuffle. Transfers schools prior to The Purple Piano Project.

Ryder: Joins in The Role You Were Born to Play. Transfers school prior Loser Like Me.

Sam: Assistant Coach. Hired prior to Loser Like Me. Quits in Dreams Come True.

Finn: nº5, Quarterback. Joins prior to Pilot. Kicked out in Audition. Rejoins in Britney/Brittany. Graduated in Goodbye.

Puck: nº20. Joins prior to Pilot. Kicked out and reinstated in Mash-Up. Graduated in Goodbye.

Mike: nº22, Safety. Joins prior to Pilot. Kicked out and reinstated in Mash-Up. Graduated in Goodbye.

Artie: Nº34. Rejected in Audition. Joined in Britney/Brittany. Unseen on the team since The Sue Sylvester Shuffle. Graduated in New Directions 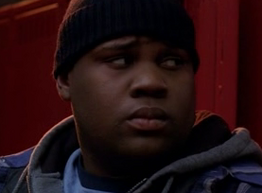 Azimio: Nº92. Joins prior to Pilot. Kicked out and reinstated in The Sue Sylvester Shuffle. Presumed Graduated or Transferred 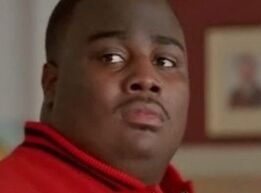 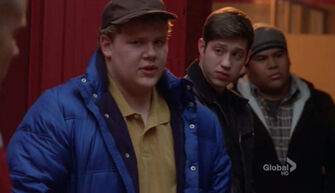 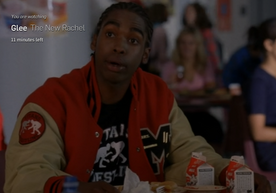 Phil: Joins in The New Rachel.

Bobby: Joins in The New Rachel.