Rachel and Santana's feud continues geting worse and worse, so Kurt makes the desicion of kicking out them both and disbanding Pamela Lansbury. Instead, he founds a new band, a trio of him, Elliott and Dani. Kurt invites Rachel and Santana to make peace and attend their first concert, during which the three members of the band sing together The Happening. The performance is well received by the audience, while Rachel and Santana look upset.

At the end of the episode the band sings Hold On back in the Bushwick apartment while Sam, Tina, Blaine, and Artie sing the same song in the auditorium in Lima. During the scene we can see Rachel and Santana at NYADA and outside the Spotlight Diner respectively, singing to the song as well.

When Elliott and Kurt hang out in a guitar shop, Elliott says that he found the perfect song for the band to cover. Later in the conversation when he gives Kurt advice on relationship, he tells him that he needs to have time for himself but that he also has to make time to rehearse with his band.

Kurt tells Santana and Rachel that One Three Hill is on a hiatus because Elliott is off on a yoga retreat and Dani's roller derby team became state champions. The band is never mentioned again, which means that it disbanded off-screen. 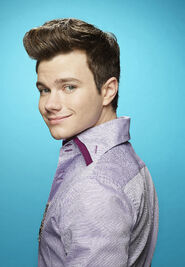 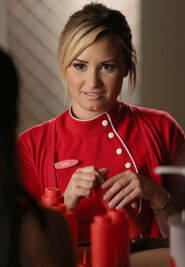 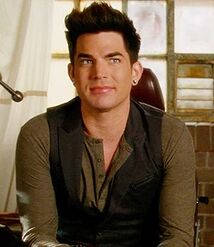 Elliott: Joined in Trio.
Add a photo to this gallery

1 of 34
Add photo
Retrieved from "https://glee.fandom.com/wiki/One_Three_Hill?oldid=3943443"
Community content is available under CC-BY-SA unless otherwise noted.