The Power of Madonna

Active
The A.V. Club (short for Audio-Visual Club) is a club at McKinley. They are sometimes in charge of making different props or decorations for occasions in the school, like the ones in Season Two. Unlike most other clubs, Rachel is not a member of this one.

The Power of Madonna

The A.V. Club makes it first appearance here. Artie Abrams directs and films a Madonna video that features Kurt, Mercedes and Sue Sylvester, as the lead role, showcasing his abilities as a director.

Rachel approaches Artie about using The A.V. Club to help her create a "Bad Reputation Project" that features her singing Run Joey Run along with Noah Puckerman, Jesse St. James, and Finn Hudson.

Rachel approaches Lauren who is the president of The A.V. Club. She has her set up various microphones in the Choir Room to help catch those who are not singing. And later on, Rachel finds out that Finn, Quinn, Santana, Puck and Brittany are the members who are not singing and shows the list to Mr. Schue .

Rachel brings Finn to the auditorium to sing Merry Christmas Darling for him. The A.V. Club has presumably set up a winter wonderland on the stage, and even rigged snow machines to enhance Rachel's performance.

The members are making decorations for the prom in the auditorium when Rachel asks them to tell her their opinion on the song she was going to sing. The members then sing backup in Rolling in the Deep. 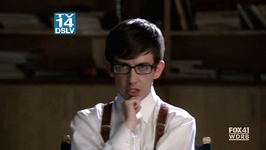 Artie: Joins prior to Pilot. Graduated in New Directions. 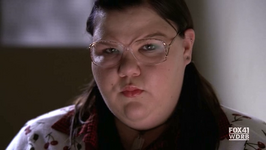 1 of 7
Add photo
Retrieved from "https://glee.fandom.com/wiki/The_A.V._Club?oldid=3693996"
Community content is available under CC-BY-SA unless otherwise noted.