Tina struggles when Figgins tells her to not dress in her gothic fashion anymore, as he believes that she's a vampire. Rachel reveals to the New Directions that Vocal Adrenaline is planning to do Lady Gaga for Regionals and Will encourages them to express themselves using the music of Lady Gaga, which would also act as a way for Tina to find a new style. Meanwhile, Rachel has a life-changing encounter when she finds out that the coach of Vocal Adrenaline, is her mother. The boys, sans Kurt, decide to do KISS instead of Lady Gaga, while Finn and Kurt face new challenges after Burt and Carole decide to move in together.

The episode was written and directed by Ryan Murphy.

The episode begins with Principal Figgins telling Tina she can no longer dress in her gothic fashion, alarmed by a spate of pseudo–vampirism in the school, inspired by the Twilight Saga. When Rachel discovers that Vocal Adrenaline is planning on performing a Lady Gaga number at Regionals, Will sets the club a Gaga assignment. Kurt and Tina are bullied for their Gaga costumes by Karofsky and Azimio. The girls and Kurt create costumes inspired by Lady Gaga and perform Bad Romance.

While spying on a Vocal Adrenaline rehearsal, Shelby sings Funny Girl on stage. Rachel realizes that their director, Shelby Corcoran, is her birth mother because her voice sounded like the voice on a cassette tape (recognized for their impeccable sound clarity) Jesse had "found" in her room. She introduces herself, and Shelby makes her a better Lady Gaga costume because Rachel's dads can't sew.

Puck suggests to Quinn that they name their daughter Jackie Daniels, but she declines. The rest of the male club members then dress as the band KISS and perform Shout It out Loud, the girls, Kurt, and Will cheering them on.

Will meets with Shelby, concerned that she is not as invested in forging a relationship as Rachel is. Shelby confesses that she can no longer have children, but wishes she could have her baby back, rather than the now fully-grown Rachel, whom she feels does not need her.

Kurt's father invites Finn and his mother Carole to move in with them. Finn feels awkward sharing a room with Kurt, who has a crush on him, and insults several items in his bedroom as being "faggy" after losing his temper. Burt overhears and chews Finn out, telling him he cannot live with them, despite knowing it could possibly cost him his relationship with Carole.

Puck, in an attempt to show Quinn he is serious about being a father, has the other males sing Beth with him, suggesting they give the name to their daughter. She agrees that he can be present at her birth.

Shelby tells Rachel that instead of trying to act like mother and daughter, they should just be grateful for one another from afar for a while. Rachel hugs her goodbye, and they aptly perform a duet of an acoustic mother-daughter version of Poker Face.

In the halls, Kurt is being bullied by David Karofsky and Azimo. Finn, who has created his own Lady Gaga costume out of a shower curtain, tells Karofsky and Azimio he will not let them hurt Kurt. He is backed by the rest of the Glee Club all in their Gaga and Kiss costumes, leading the bullies to retreat. Will appears and congratulates them on being so close with each other and becoming a family. The club then walks away, preparing for Regionals, whilst Kurt and Finn share a brotherly moment. 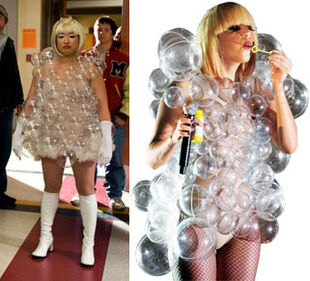 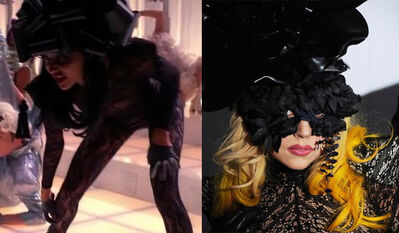 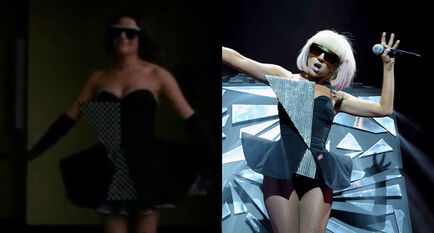 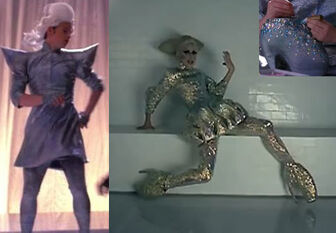